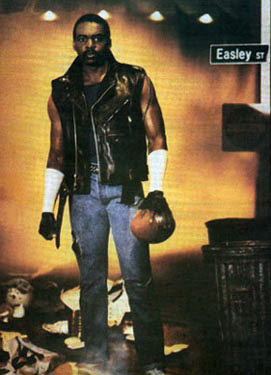 The '84s are rightly remembered fondly by Seahawks fans. They overcame Curt Warner's season-ending knee explosion in the opener to win 12 games and finish off the defending World Champion Raiders in the AFC Wild Card Game. That sweet revenge for the 1983 AFC Championship boomeranged on us a week later, as Miami got payback for the previous year's gargantuan divisional playoff upset.

Even though I was only 9 years old at the time, the "what-ifs" have always bugged me about the '84s. They were 12-2, and riding an 8-game winning streak, going into the final two games against KC and Denver. Two more wins would have given Seattle home field advantage through the AFC playoffs. ONE more win would have secured the AFC West crown and a first-round bye.

The Hawks already had a playoff spot and a home game sewn up going into Arrowhead. Maybe they were complacent, or maybe they were just running out of gas, but they took a 34-7 beating. Needing a win at home to clinch the Western division and a bye, they meekly fell to Denver the next week 31-14.

Yes, the Hawks gutted out a brutal 13-7 victory over the hated Raiders in the Dome to open the playoffs (rightly regarded as one of the best moments in franchise history), but they bowed out a week later in Miami, losing 31-10. Over the last four games, including the post-season, Seattle was outscored 103-54.

Despite the fade in December, this team was a joy to watch. Dave Krieg had the standout season of his career, throwing 32 TDs, making the Pro Bowl, and carrying the offense in Warner's absence. Kenny Easley won Defensive Player of the Year honors, and led the greatest defense in franchise history.

How good was the defense? In one four-game stretch Seattle's defense OUTSCORED the opposition 30-20! This included the amazing 45-0 win over the Chiefs that featured FOUR interception returns for touchdowns by the Hawks, and a safety scored in a win against Cincy. In four weeks, the defense allowed only two touchdowns and pitched two shutouts. It shouldn't be any surprise this was the best D in team history, given that it starred three eventual Ring of Honor inductees (Easley, Jacob Green and Dave Brown), and other notables like Jeff Bryant, Joe Nash and John Harris.

The '84s were a great team... If not for that December Fade, they may have been Seattle's first Super Bowl team.
Posted by Ramona P. at 5:37 PM